Outdoor readers, editors and fellow outdoor writers often ask where I found the woodsman’s prayer. The answer is simply, “I don’t know.”

I dearly wish I could attribute credit for this profound prayer that has become a signature line in so many of my traditional black powder hunting features. The prayer is not original to me, or at least I don’t think it is. I suppose the possibility exists that I combined the thoughts and prayers of several hunters many years ago. Again, “I simply don’t know.”

Since I was a teenager I’ve spoken or silently prayed this simple prayer when a woodland moment of truth approached. I believe its origin rests with an outdoor writer from the 1960s, most likely Fred Bear, but like so many holdovers from our youth, retracing my steps and finding its author has proved to be an elusive task. 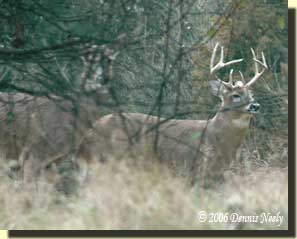 My folks let me bow hunt for deer when I was thirteen; I couldn’t gun hunt whitetails until the next fall. Like so many young hunters, I fell in love with archery and the outdoors. In the summer I unloaded boxcars of lumber at the family business for a quarter an hour—a morning’s work purchased the latest copy of Field & Stream, Outdoor Life or Sports Afield. I stashed the rest of my earnings in a mason jar so I could purchase the latest magazines when I wasn’t working.

I read a lot about, or by, Fred Bear, everything I could get my hands on. My gut feeling is the prayer is somehow attributable to him. Fred Bear’s respect for the game he pursued stuck with me. It has always been my impression that he never took a shot he didn’t feel confident of making; he understood, and hunted within, the limitations of his tackle and his own personal abilities, which is a key practice shared by responsible men and women of the outdoors.

As a young archer trying to emulate Fred Bear, I quickly learned my bowyer’s skill was barely adequate, at best. Unfortunately, over the years I’ve exercised poor judgment more than once, flinging an arrow or releasing the death sphere when I shouldn’t have. Good tracking skills, dogged determination and/or a better than average knowledge of the North-Forty have compensated for such lapses, but that still doesn’t erase the feeling that I disrespected the principles set forth by Fred Bear, Ben East, Ward Myers, Bob Potter, Frank Hubbell and a host of hunters who influenced my early years.

Once, while still in high school, I knocked down a wood duck in the deep canary grass that borders the Raisin’s cut bank. I searched until dark, before school the next morning and again that evening. Losing that wood duck bothered me; I tossed and turned for several nights; and I didn’t duck hunt the rest of that season. Sequestered in the remorse every conscientious hunter feels at one time or another is the root of the supplication for “A clean kill, or a clean miss.”

Personally, I find it impossible to tramp through the glade and view the complexity, the magnificence and the grandeur of Nature without believing I’m witnessing and frolicking in a world created by the Living God. Further, I believe it is the hand of God that leads us “through the valley,” “beside still waters,” and allows us to “lie down in green pastures.” And as His people, as lovers of His world, we must accept His will, His plan, and humbly ask: “Your will, O Lord.”

And if you know the author or the origin of the woodsman’s prayer, please contact me.

Please continue to enjoy your visit, be safe, and may God bless you.