Why So Many Misses? 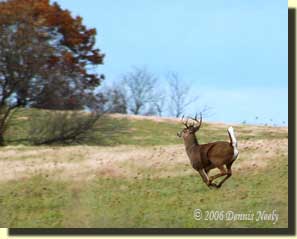 The question caught me off guard. Several years ago, a long-time friend confronted me. “Why so many misses?” Tim asked in the middle of a casual conversation. “I read your stories. It seems like you kill something less than half the time. I know you’re a better hunter than that. What gives?”

“Actually, it’s a third of the time, Tim, and it’s by choice,” I said as I explained why…

I worked hard as a teenager, saved my money and bought outdoor magazines. I devoured Outdoor Life, Field & Stream and Sports Afield, cover to cover. While my contemporaries were “cruising Main Street” with their souped-up cars, I was slogging through the big swamp or quietly watching beneath a favorite white oak.

Like most newcomers to the world of hunting and fishing, my outdoor skills were a tad wanting, I suppose “pitiful” is a better description. I gleaned every tip, every idea I could from the articles and began experimenting with the techniques the writers espoused. Failure seemed my lot; their methodology either didn’t work or didn’t fit the critters that lived on the North-Forty, and I became discouraged.

Somewhere along the way, I made the mistake of comparing my exploits with those of the magazine sportsmen. But the writers used the latest firearm, ones I could never afford, hunted in a far-away locale, places I couldn’t go, and always bagged a record-book whatsit, the first time out. The hunters in the magazines never missed, and I couldn’t even get a shot. Overwhelmed by frustration and lack of success, I almost quit hunting.

When I started writing, those first frustrating years kept coming back to me. I had matured and so had my expectations. Traditional black powder hunting has taught me that success and personal growth flourish with repeated failure. Hunting is not about buying a gadget to compensate for a hunter’s shortcomings; rather it is about embracing individual skill development while savoring the abundant joy that exists within every second spent in the glade. This is a part of the message that I wish the writers of my youth would have told.

In almost 50 years of hunting, I’ve used only a handful of modern firearms, all but one previously owned and well worn. The last 30-plus years I’ve hunted exclusively with “Old Turkey Feathers,” a flintlock, cylinder-bored, Northwest trade gun. In my youth, the meaning of the old adage, “Beware of the man who shoots one gun” escaped me. Woven within each traditional sojourn are lessons founded on America’s rich hunting heritage. One of those lessons is that the judgment, quality and skill level of the person behind the firearm is more important than the firearm itself.

The traditional black powder hunting stories try to depict a true and accurate picture of the 18th-century hunting lifestyle. The emphasis is not on big trophies, fancy firearms or exotic trips. The stories focus on re-living America’s past, close to home on public land, a friend’s property or the “back forty.” The reality of a fair-chase pursuit boils down to: “What is doable and within my means?” 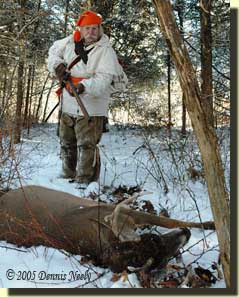 So, as I told Tim, he was right on both counts. I have taken a fair amount of wild game with the Northwest trade gun, as much or more than most hunters take with a modern firearm. And yes, two-thirds of my hunting tales end with a miss or no opportunity at all, which is a true reflection of the chase and the experiences of the average hunter, both then and now.

The traditional hunting stories that I choose to tell are the ones I want young hunters to learn from. The adventures that have the most meaning for me are not the ones that put meat in the freezer, but rather the hunts the day before. It is my fervent hope that these tales will encourage young readers to put down the video controller, head outside and partake of the “real” reality that Mother Nature offers.

Please continue to enjoy your visit, be safe, and may God bless you.